Dr. Giampapa is a world-renowned medical doctor, inventor, and surgeon specializing in anti-aging medicine. He recently received a nomination for the Nobel Prize for his groundbreaking stem cell research, as well as the Edison Award for the Healthycell nutritional supplement for cell health. He was also awarded the A4M Science & Technology award for his development of the BioMarker Matrix Profile – the first computer program to measure aging.

Dr. Giampapa has been a keynote speaker at several international forums, most recently at the Vatican in Rome for the Second International Vatican Adult Stem Cell Conference, and the Swedish American Life Science Summit in Stockholm. He recently appeared on The Science Channel special, Stem Cell Universe with host Steven Hawking and The Healing Miracle of Stem Cells documentary.

He is the author of the first and only medical textbook on Anti-Aging Medicine and Age Management. He has also authored 5 books for the general public on the topic including; Breaking the Aging Code (Basic Health Publications) and The Anti-Aging Solution: 5 Simples Steps to Looking and Feeling Young (Wiley), The Gene Makeover, The 21st Century Anti-Aging Breakthrough, Quantum Longevity, and Pro-Hormone Nutrition-Optimum Aging & Maximum Health Span with Nature’s Hormone-Enhancing Nutrients, and Younger Today, coauthored with Carol Alt. 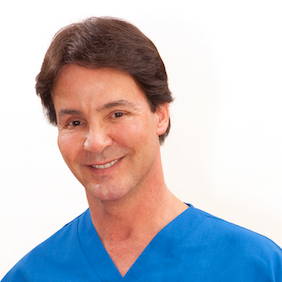